Whoops, The internet connection appears to be offline!

You are back online!

Updates on COVID-19(Corona Virus)
When autocomplete results are available use up and down arrows to review and enter to select.
Call Us

Requirement for all passengers departing from the UK

Passengers are not permitted to carry the following articles into security restricted areas and in cabin baggage.

Guns, firearms and other devices that discharge projectiles

Devices capable, or appearing capable, of being used

to cause serious injury by discharging a projectile,

• Firearms of all types, such as pistols, revolvers, rifles, shotguns,

• Toy guns, replicas and imitation firearms capable of being mistaken for real weapons,

Objects with a sharp point or sharp edge

Objects with a sharp point or sharp edge capable of being used to cause serious injury,

• Items designed for chopping, such as axes, hatchets and cleavers,

• Knives with blades of more than 6 cm

• Scissors with blades of more than 6 cm as measured from the fulcrum,

• Martial arts equipment with a sharp point or sharp edge,

Tools capable of being used either to cause serious injury or to threaten the safety of aircraft,

• Tools with a blade or a shaft of more than 6 cm capable of use as a weapon,

such as screwdrivers and chisels,

Passengers are not permitted to carry the following articles into security restricted areas and on board an aircraft.

Objects capable of being used to cause serious injury

when used to hit,

• Clubs and batons, such as rackets, billy clubs, blackjacks and night sticks,

• Devices for shocking, such as stun guns, tasers and stun batons,

• Disabling and incapacitating chemicals, gases and sprays, such as mace, pepper sprays,

Explosives and incendiary substances and devices capable, or appearing capable, of being used to cause serious injury or to pose a threat to the safety of aircraft,

• Fireworks and other pyrotechnics,

Discounted fare is available if you are a holder of one of the below documents as proof of residence in Ethiopia or flying your international sector by Ethiopian Airlines.


You are also entitled for discounted fares if you fly your international sector by Ethiopian Airlines. Please confirm if you have the below document.

It is mandatory that same ID card or proof of traveling international sector by Ethiopian should be presented upon ticketing if payment is made at city/airport offices and at check-in to the airline on demand. Failure to present the required document may result in removal of passenger from the flight list of that particular flight and refund of ticket after penalty deductions.

By clicking 'Continue Booking', you agree and confirm that the above testimony is true and will provide the required document for departure upon check-in.

Take the train to your flight

Do you want to include train segment in your booking?

How to get your Rail & Fly train tickets 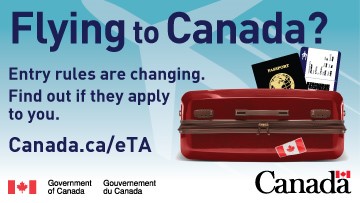 All returnees to Ghana will be subject to the mandatory 14-days quarantine at own cost. Hotel arrangement and payment has to be done before departure.

All passengers(arriving, departing and transiting passengers) must fill the a Declaration Form 48 before hours of their departure. which can be found on the following link: Click Here All passengers should have the filled form on their phone or printed while travelling. Any passenger without this form is not accepted at ABJ airport.

All passengers irrespective of their nationality must fill the Passenger Locator Form ( PLF ) 48 hours before check-in which can be found on the following link: Click Here

The fare displayed here is for passengers finalizing their payment online with a credit card; Please note that we only accept payments at ticket office with USD currency only.

It is advisable to make check-in on our web/Mobile App and please note that check-in will be closed 90 Minutes before scheduled flight departure time.

Dear Esteemed customer,
Due to the COVID-19 pandemic and social distancing requirement, at Dubai Airport, security limits the number of passengers that can enter into the Terminal at a time. In order to be on time for your flight, we strongly recommend you to show up at the airport at least 3 hours before your departure time.
Thank you.

Dear Esteemed Customer,
Whenever you make payment using your International Credit Card, you are entitled a discount of 15% for economy class and 20% for Business class. Make sure to insert GEM01 under the Promo Code option.

Book and manage your flights easily

Connect with us on social media